From a previous post, I used an matrix decomposition of the laplacian matrix and plotted the smallest two eigenvectors against each other. The graphs below follow the same methodology and you can find code here. To give weights to the network matrix, I assigned values of 1, -1, and 0 for Friend, Enemy, and Complicated. 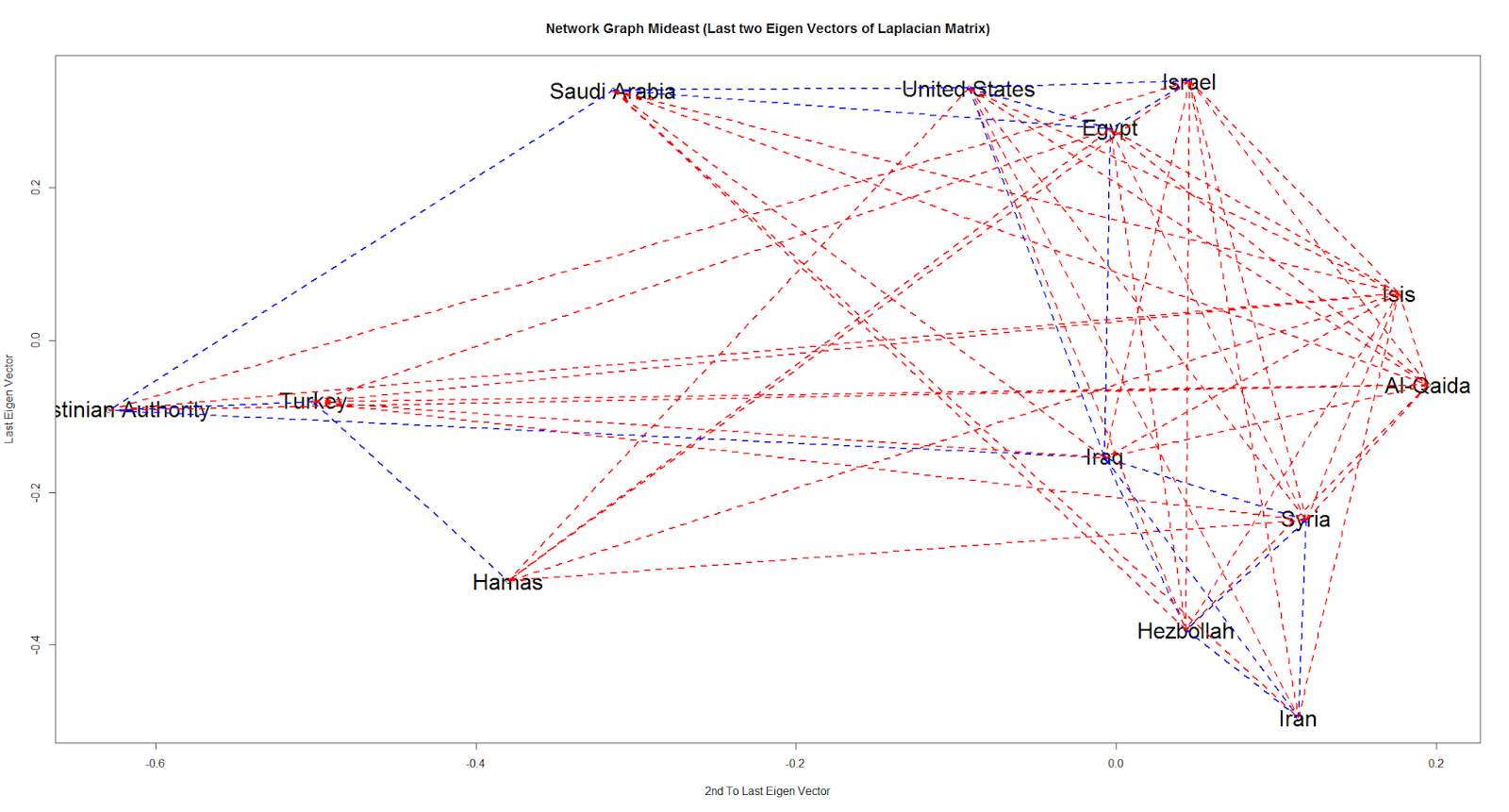 The above graph shows 3 possible clusters. Turkey, Palestinian Authority, and Hamas are close to each other in lower left corner. In top right there is United States, Egypt, and Israel. Lower Left shows Iraq, Syria, Hezbollah and Iran.

Since both ISIS and Al-Qaida have no Friend relationships and the goal of this was to see if there were clusters of friends / enemies I removed these organizations and redid analysis. Below is the result. 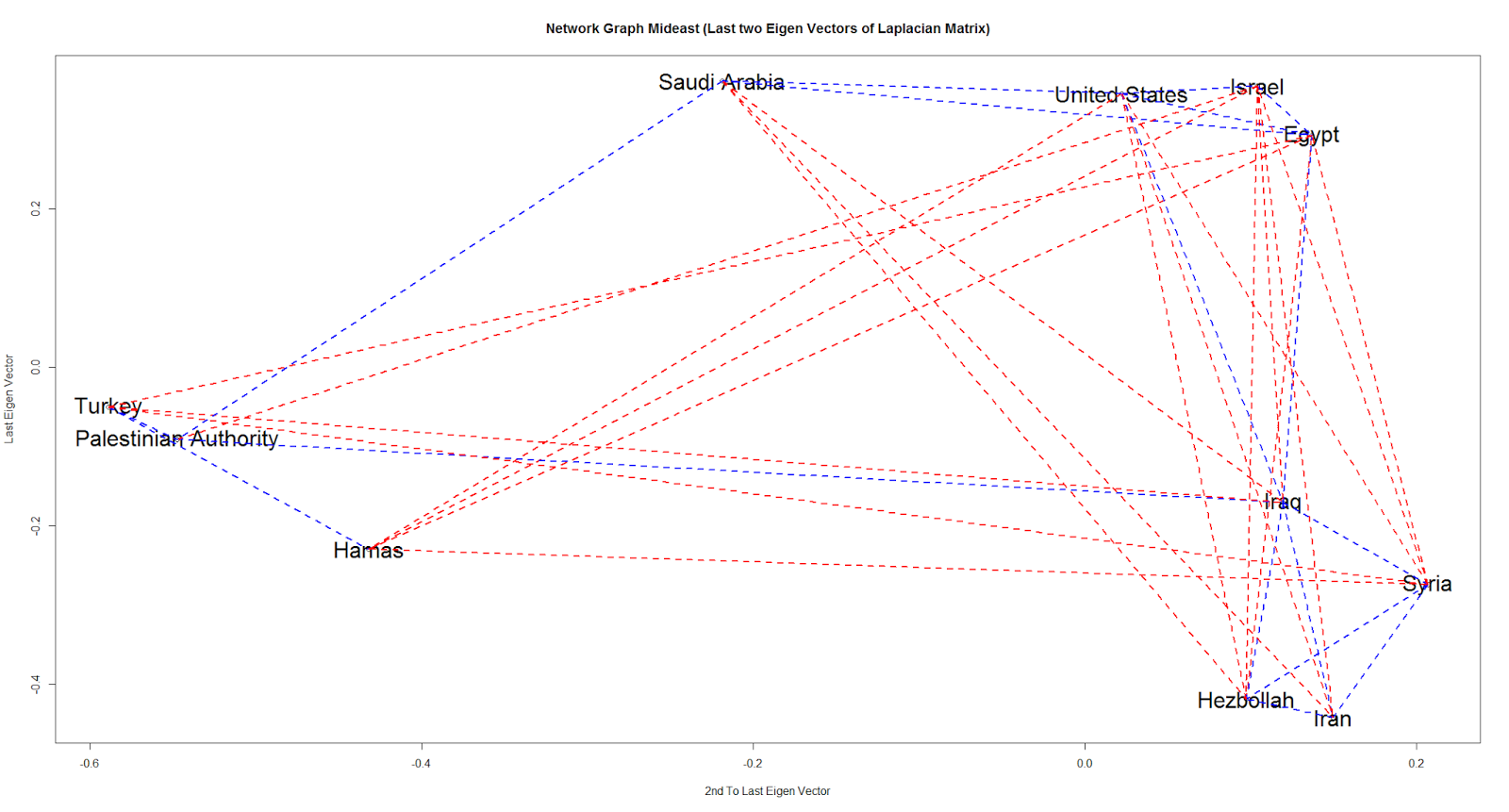 Here we can see much clearer distinction of relationship clusters. United States, Israel, and Egypt form one with Saudi Arabia as possibly a 'member' of that group. Iraq, Syria, Hezbollah and Iran have a defined cluster, which makes sense as they are all dominated by Shias. Finally, there is Turkey, Palestinian Authority and Hamas. I was surprised to see Turkey so close with Palestinian Authority and Hamas. But seeing as Turkey has been a supporter of Palestinians now and in past, maybe I shouldn't be. Also, surprising that there are no Arab countries close with Palestinians now.

The Mideast Conflict is sort of a 3 way standoff with Shias in one corner, Sunnis friendly to US / Israel in another, and Turkey trying to gain influence in a region it once controlled in the final corner.