Where f() is a machine learning algorithm of choice that can provide a distribution of values, in this case I use quantregForest() for continuous variables and randomForest() for categorical variables.

Once the models are built the algorithm is as follows:
- Choose random observation as starting point
-for each iteration of N iteration
- for each variable
- Sample proposal observation from predicted distribution and compare likelihood with current observation. Accept proposal with min(p(proposal)/p(current),1)

Code can be found here.

Results:
A random forest model was built to predict whether the simulated data could be distinguished from original data. The resulting KS test (out of sample) was insignificant so we retain null that model can't distinguish between original and simulated data.

While that is a good result and shows that a model can't distinguish between simulated and original data, visually we can see a difference between the two datasets shown below. 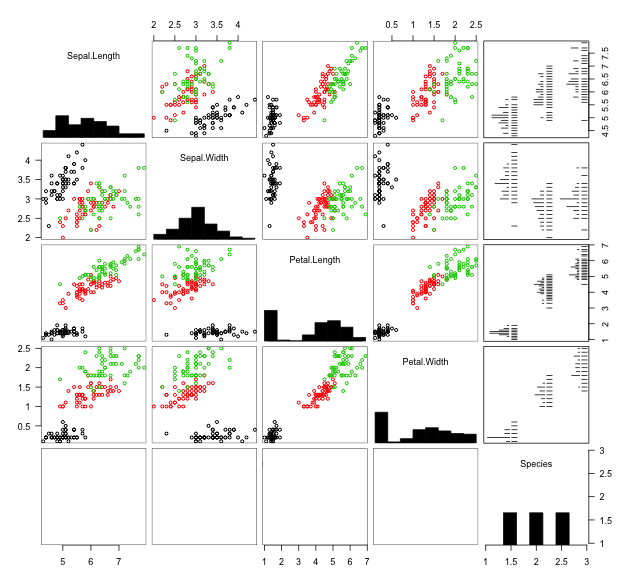 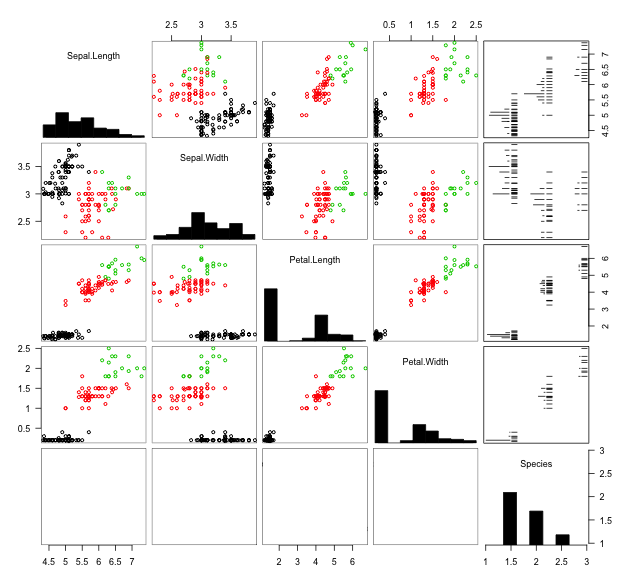 
Conclusion:
This post discussed a method to simulate an arbitrary dataset. While I cannot build a model to distinguish the two datasets, visually they are distinguishable.

***Updated with code from Dmytro Perepolkin - Thanks!