I wasn't satisfied with my original plot  Previous Post of the Middle East situation a few months ago. After all, I just placed the Entities in an ad hoc way, and it showed no obvious structure despite my efforts...

Since then I've done some research and found out about a solution to find structure in networks with negative weights.(Check This Article...I followed the Example of Figure 6 ).

The structure becomes more apparent when we use this approach, which involves using two Eigen Vectors associated with the two smallest Eigen Values of the Laplacian Matrix. 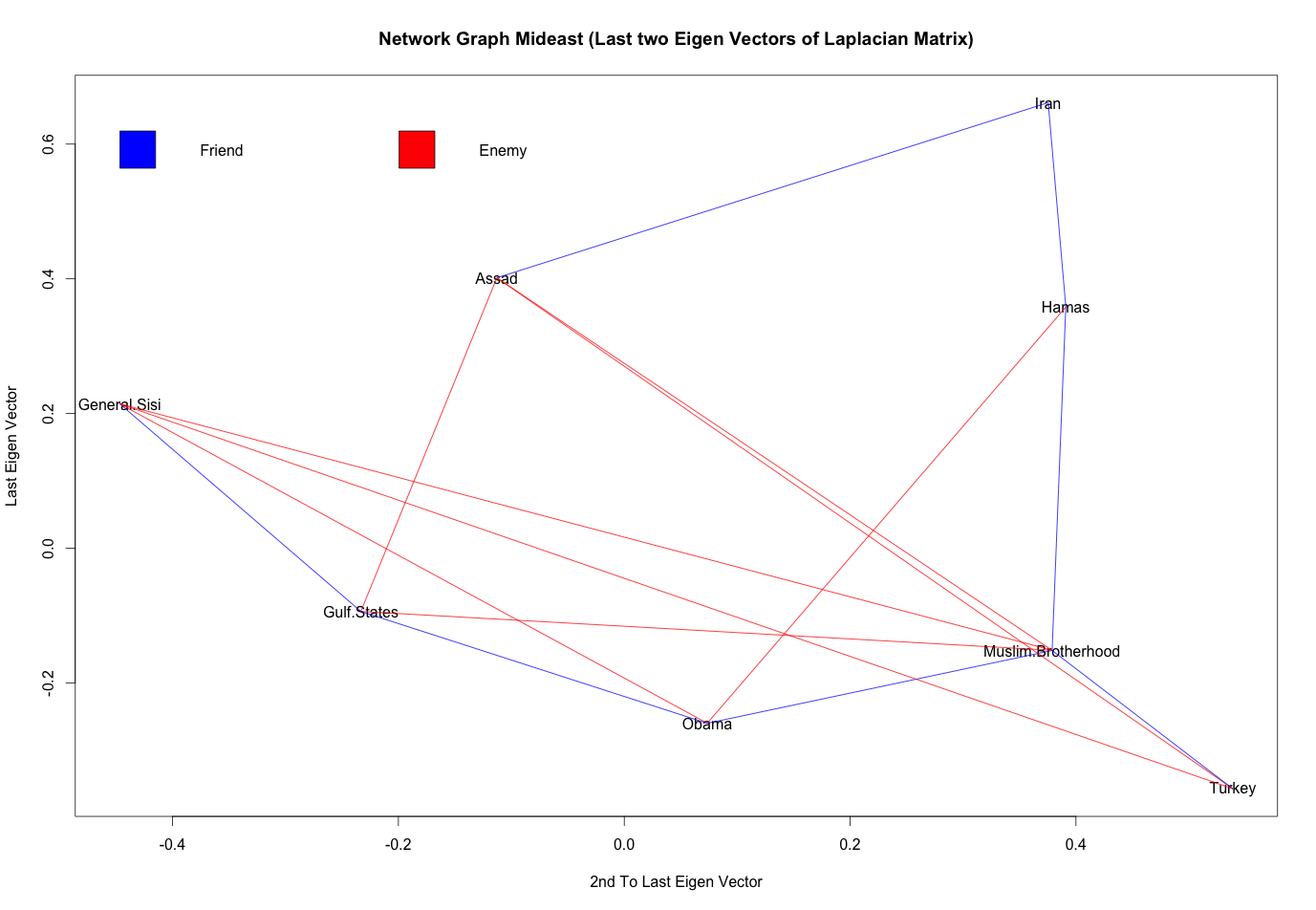 It's easier to see that Obama (US) and Turkey have similiar friends and enemeis. They do share a common enemy in General Sisi and common friend in Muslim Brotherhood. Iran by contrast supports Hamas and Assad who are against Obama and Turkey, so it makes sense that Iran is far away from Obama and turkey.

A hard look at the adjacency matrix could reach the same conclusions, but it's difficult for so many connections (this 8x8 matrix contains 28 different undirected relations). This method makes it easier to visualize the connections of friends and enemies alike.