I recently saw Slate.com redid its Mideast Graphic and thought it would be good to redo my previous analysis. From the original slate graphic it's hard to make much sense of what's happening and who's friends with whom.

From the graph below we can see 3 clearly (more or less) defined groups. Nusra and ISIS are Jihadists and have no friends. There is a well defined Sunni group of Syrian Rebels, Turkey, and Saudi Arabia and Gulf States. Finally there appears to be a Shia cluster that includes Syria, Iran and Hezbollah, Iraq and Russia. 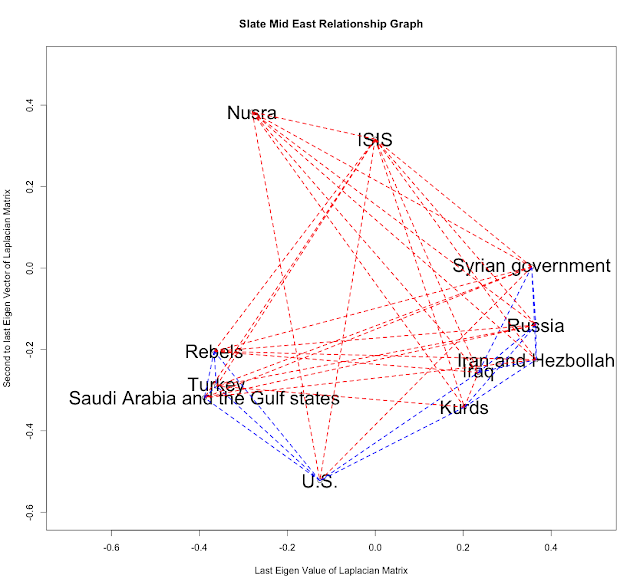 The Kurds appear to be in the Shia cluster above, but after removing ISIS and Nusra (since they have no allies), we can see that the Kurds and US are sort of outliers in this fight between Shia and Sunnis. 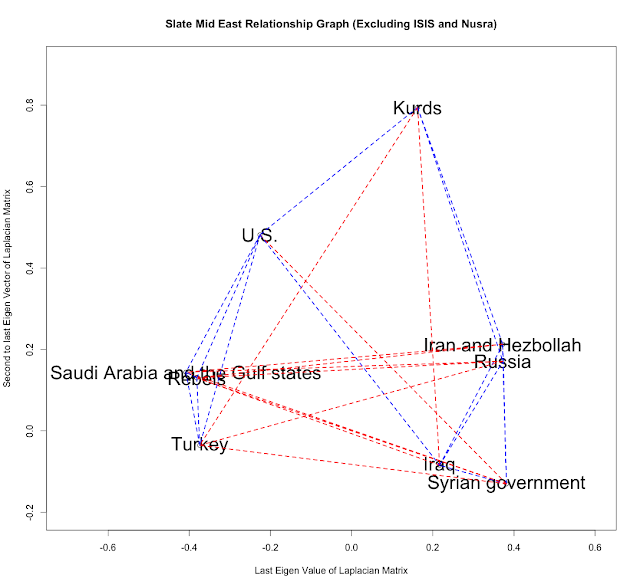 So there seems to be three defined groups: Jihadists, Shia, and Sunni fighting it out with Kurds in the crossfire and America supporting elements of both Shia and Sunni while Russia is supporting only Shia elements.

github
Posted by sam at 9:02 PM No comments: